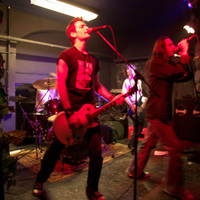 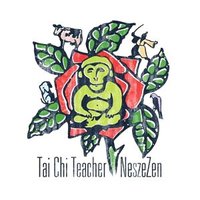 I was frollicking along Andrássy út on a Sunday evening before Christmas, and taking one of my intermittent strolls into the Budapest Opera House, I noticed to my astonishment and delight that there was going to be a performance of Mahler’s Das Lied Von Der Erde in January. Though Budapest had been quite needlessly generous in dishing out the Gustav in the previous months – with performances of 2nd, 4th and 7th symphonies – the prospect of Das Lied still had a quasi-utopian element to it. It is my favourite of all Mahler’s works. I’d fallen in love with it ever since having found a CD of it performed extraordinarily powerfully by the cancer-ravaged English singer Kathleen Ferrier from the early 50s, while I was frollicking around a record store in Belfast a few years ago. Furthermore, back in that human abbatoir, also known as Cork City, myself and my fellow Mahler-loving friend Kieran, for a long time lamented the unlikeliness of it ever being performed in our neck of the woods, due to its large scale – and, of course, to the odious philistinism of the entirety of Ireland.

I entered the building on the night, having fortified myself with a bowl of goulash and a generous glass of red wine beforehand, and feeling warm-bosomed, in every sense of the word. My seat was the fifth row from the stage. This was the first time in the Opera House, where I wasn’t just far away from the stage, up on the balcony. Being able to gaze in full for the first time at the regal decor of the stage was in itself a considerable source of edification. I found, furthermore, that, in such surroundings, one cannot help but experience delusions of grandeur. For example, I have been struggling to speak Hungarian for the past few months, but on this night, merely cause I was able to the say the words, "Hol van a vécé?" ("Where is the toilet?") to the cloakroom attendant, I felt myself to be a man of immense culture.

Before Das Lied Von Der Erde, the orchestra performed Mozart’s 40th symphony in G minor, which I didn’t recognise by name, but as soon as the first movement began, I knew it instantly. It is one of his omnipresent, inescapable numbers that immediately evokes images of middle-class dinner parties, BBC arts programming, and of oneself nibbling on a scone on a late summer evening in the house of an erudite Quaker. The other three movements were not so familiar, but based on the little titbits of melody I latched onto during the performance, I can foresee that this will be a symphony that will come to give a tingly feeling in my nether regions with further listens.

After a whisky in the minibar during the interval, and a considerable struggle to negotiate my way through the maze-like structure of the Opera House back towards the stage, I sat down for the main event. It was announced that the advertised female tenor Weidemann Bernadett had to pull out due to illness, but another singer was able to take her place at short notice. The mention of "short notice" made me a slight bit apprehensive, as if they’d just plucked some prostitute from Blaha Lujza tér.

This didn’t turn out to be the case, but nevertheless the sight of the two singers on stage, before the music began, didn’t fill me with hope. The male singer, Fekete Attila, seemed too slight in frame, and dressed too casually in his black shirt with a mild hint of glitter. He didn’t look like someone fit for the task of singing Das Lied. Wiedemann’s replacement – who from now on, I will refer to as Wiedemann the 2nd, as I was unable to make out her name from the introduction – seemed, on the other hand, quite self-conceited, with her smug smile, a million miles away from the terminally ill Ferrier.  This didn’t fit at all with what I had wished for.

And when the music started, the explosion of wild abandon that usually opens the first lied, "Das Trinklied von Jammer der Erde" seemed much too mannered. In those few seconds, I thought to myself, this is going to be a massive disappointment, this is going to sour my existence so totally, that when I wake up tomorrow morning, I will long for nuclear warheads to fall on Budapest, just so I can be freed from this misery. But as soon as Fekete began singing, all my anxieties were eased immediately.   His voice was up to the task. I knew now I was in safe hands, at least for the three songs he was singing tonight. And the acoustics! Oh my word! The crystalline clarity of the music, especially – in the case of "Das Trinklied..." – in the more gentle, melancholy passages, was such a joy. At certain points, the power of the music was such that I couldn’t help but start ostentatiously clenching various parts of my body and making pained facial expressions, but at all times, of course, I kept within the limits of bourgeois acceptability.

The next test was whether Weidemann the 2nd could do it. As "Der Einsame" began, my doubts began to recede. I thought to myself, "Okay, she’s not dying of cancer, but she is giving a good performance, and the pathos is there, and to view her as self-conceited is obscurantist gibberish. She has worked hard to attain this level of proficiency, and she has doubtless gone through many emotional trials in her life. Just because she was smiling in a relaxed manner at the beginning of the performance, that does not make her self-conceited, okay?" All this being said, the sudden burst of life that usually comes when the singer sings "Sonne der liebe, willst du nie mehr scheinen..." was again too mannered. Not out of control enough. I blamed the conductor, Cary Grant-lookalike Michael Boder. Then came No. 3 – the drinking song. And Fekete pulled it off with immense aplomb. The wonderful thing about this song is that the singing begins so gaily and delightfully, but slowly the piece develops towards a state, that on the one hand conveys profound melancholia, but also evokes an image of oneself in childhood creeping down the hallway of one’s family home in the early hours of the morning, and tripping over a misplaced box of Scrabble, moderately hurting one's knee in the process.

And the fourth lied "Von der Schönheit" – that song! It gains much of its power, true, from the fact that "Der Abscheid" is to come – but oh my! That fragility – there is pleasure and happiness in this song but it is under threat from a force on a par with...oh, we are talking about the mangled corpses of Dresden running through your mind as you hold your newborn child in your hands. And, to be truthful, Weidemann the 2nd’s vocal was a little wilting here, but not to a grievous extent.

And thus we came to said song. The big initial test was how Weidemann the 2nd would sing the line, "O sieh! Wie eine Silberbarke schwebtder Mond am blauen Himmelssee herauf", particularly the syllable, "Sil". Here she matched Ferrier for emotional power.  There's no need for me to detail the ins and outs of "Der Abscheid", for Leonard Bernstein did it with more grace than I ever could.  However,  in a similar vein, I did anticipate that, when the final two minutes came – the final repetition of "Ewig" – it would, if done well, stir my emotions to such an extent that thoughts as pretentious as the following would be aroused: "Oh the sonic ocean of the orchestra, the sonic tree leaves dancing in the night wind!  I am in communion with my entire life’s experience.  Every age, every atmosphere, every phase – altogether in one embrace.  One realises that one should forget about the passage of time, that every moment in life is in an embrace with every other moment.   I am still in school, but yet I am also a pensioner.  I am 4 years-old, but also 15, and also 23.  23 is in an embrace with 15, and 15 is submerged in 4.  But it is not just my eternity – it is also Hungary’s.  I feel reconnected to the land, and to a sense of Hungary as a palimpsest within which competing atavisms seek to gain predominance..."

Did the performance on the night have this effect?  Well, these exact words weren’t flowing around in my head, but I wasn’t disappointed.  It was deeply moving and consoling, a balm of hurt minds etc.  Near the end, I had forgotten all about Weidemann the 2nd’s lack of a terminal illness, and was just able to enjoy the consummate brilliance of the performance.  She may not have cancer, but the cancer within "Der Abscheid” was not lost.

And that was that.  I didn’t enjoy leaving.  As I made my way towards the exit, I held out a vain hope that some homeless woman had set up a piano outside, and started to play some Chopin, so that this would sustain the quiescence of the moment.  This didn’t happen sadly, but it was a rather greedy hope anyway.  I made do with a poppy seed cake instead.

(A képek és a videók illusztrációk.)